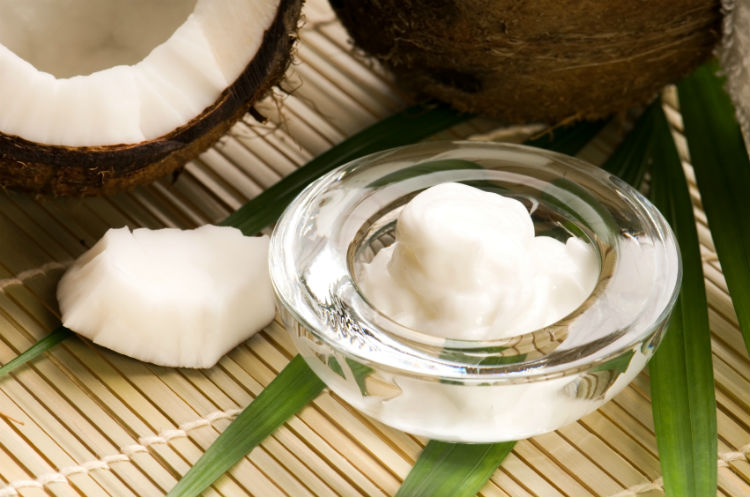 NancyH, a member of AgingCare’s Caregiver Forum, wants to know, “Does coconut oil help people who have Alzheimer’s disease?”

It’s a question that, as it turns out, is surprisingly difficult to answer. But could it help?

“Absolutely it could,” says Carolyn Dean, MD, ND, member of the medical advisory board of the non-profit Nutritional Magnesium Association. According to Dr. Dean, the potential health benefits of coconut oil have been celebrated since ancient times by different cultures around the world. It’s been used as a natural anti-fungal treatment, a hair strengthener and a skin softener.

Coconut oil may even be beneficial for people suffering from other incurable conditions, such as Parkinson’s disease, multiple sclerosis and ALS (Lou Gehrig’s disease). Dr. Dean first witnessed the beneficial effects of coconut oil while working with individuals with HIV and AIDS. “We started hearing stories about people with HIV who took coconut oil and felt better. As the testimonials started growing, all of us began to realize that there must be something to it.”

But, to understand how coconut oil could help someone with Alzheimer’s disease (AD), one must first examine the connection that exists between blood sugar, the human brain and diabetes.

The Link Between Diabetes and Dementia

Cellular activity in the body, including the brain, is fueled by a type of sugar known as glucose. Brain scans of seniors with Alzheimer’s disease indicate that, as the disease progresses, certain areas of the brain begin to have trouble metabolizing sugar. This issue is similar to the problem that diabetics have when their bodies can no longer produce or utilize the insulin necessary to ferry glucose into their cells.

The results of an increasing number of scientific studies have begun to highlight the connection between diabetes and Alzheimer’s. The link has become so strong that some medical professionals have even gone so far as to dub Alzheimer’s disease “Type III diabetes.”

According to the National Institutes of Health (NIH), diabetics who don’t keep their blood sugar levels in check can experience a certain amount of cognitive impairment. Japanese researchers discovered that people with diabetes have an overall increased risk of developing dementia, regardless of whether their blood glucose levels are well managed or not. Interestingly, scientists from the University of Washington School of Medicine have found that people with mild Alzheimer’s disease experience a minor memory boost after receiving insulin.

What does all of this have to do with coconut oil helping people with Alzheimer’s disease? Advocates believe that coconut oil provides an alternative source of “fuel” for brain cells. As the oil is digested, medium-chain triglycerides (MCTs) break down to form ketones, which are one of the few things that can be used to power brain cells when glucose isn’t available or cannot be absorbed efficiently (as is the case in people with AD). Providing an additional energy source supposedly improves the brain’s ability to function correctly.

The human body doesn’t typically produce many ketones on its own, unless a person is following a diet that is extremely low in carbohydrates. However, consuming coconut oil can create a temporary state of hyperketonemia where the number of ketone bodies in the blood stream is elevated.

The Stigma Against Saturated Fat

The steady increase in aging Americans over the coming decades threatens to cripple an already dysfunctional health care system. Researchers and public officials are calling for advancements in dementia care, and every major drug company is invested in developing curative and/or preventative treatments for Alzheimer’s disease and other types of dementia. So, why does it seem like no one is talking about coconut oil as a potential solution?

Dr. Dean feels that many people are hesitant to give coconut oil serious consideration because it is high in saturated fat. Coconut oil is often lumped into the same category as artery-clogging foods, such as butter, beef, lard and full fat dairy products. Saturated fatty acids have been tied to elevated cholesterol and heart disease, but Dr. Dean maintains that just because something contains saturated fat doesn’t necessarily mean it’s “bad” for you. “All of these traditional foods and oils have benefits,” she says. The body and the brain, need a variety of oils and fats to function properly.

For example, each neuron (nerve cell) in the human brain has a fatty outer coating called a myelin sheath that insulates each cell and enables the efficient transmission of electrical messages. In healthy people, this insulating layer is constantly being repaired and replaced as necessary, and diet plays a key role in supplying the body with the right materials needed to do so. Dr. Dean says that swapping unhealthy trans fats (found in pre-packaged and processed foods) with more wholesome fats like those found in coconut oil will provide better building blocks for brain cells.

It’s important to keep in mind that anecdotal evidence of coconut oil’s benefits for Alzheimer’s patients has not yet been studied in-depth or confirmed by researchers. Therefore, many doctors don’t mention coconut oil as a possible therapeutic option for people experiencing cognitive impairment.

A lack of physician backing doesn’t mean that caregivers should immediately write off coconut oil. However, in the same way that the advantages of coconut oil have not been verified, scientists have not ruled out any drawbacks or consequences of its use in foods or as a complementary therapy for AD.

Coconut oil comes in liquid, solid and pill forms. Dietitians typically recommend solid varieties because they undergo far less processing. Saturated fats like coconut oil are naturally solid at room temperature, but refining practices can be used to make it maintain a liquid form. Unfortunately, some health benefits are lost in this process. Look for products that are labeled as extra virgin, unrefined and/or cold-pressed, and stay away from those that have been deodorized or bleached using high heat and chemicals.

Proponents typically recommend consuming anywhere from three to five tablespoons of coconut oil per day to prevent the symptoms of Alzheimer’s disease from worsening. However, it’s important to start out slowly. Some people experience feelings of extreme fullness and diarrhea when they first begin taking coconut oil. You can stir a few tablespoons into some oatmeal, yogurt or even a smoothie. Replacing vegetable oil or butter with coconut oil when sautéing vegetables or meats is another popular option, especially in stir-fry and curry dishes.

Discuss Alternative Treatments with a Doctor

In the absence of formal clinical trials, it’s hard to say whether anecdotal evidence surrounding the benefits of coconut oil for Alzheimer’s disease is rooted in fact, but Dr. Dean maintains that there’s really very little downside to giving it a chance. “Being a food, coconut oil is very safe and it can be very beneficial,” she explains.

However, it’s important to bear in mind that coconut oil has not been approved by the Food and Drug Administration (FDA) as a treatment for any kind of ailment. The FDA also recommends limiting the intake of saturated fats like coconut oil. It is advisable to discuss using coconut oil as an alternative or complementary therapy for Alzheimer’s disease with a loved one’s doctor first, especially if they have a history of heart issues. A physician may not be able to recommend the oil as a remedy, but you should always keep your loved one’s doctor updated on any major changes in diet and treatment plans.