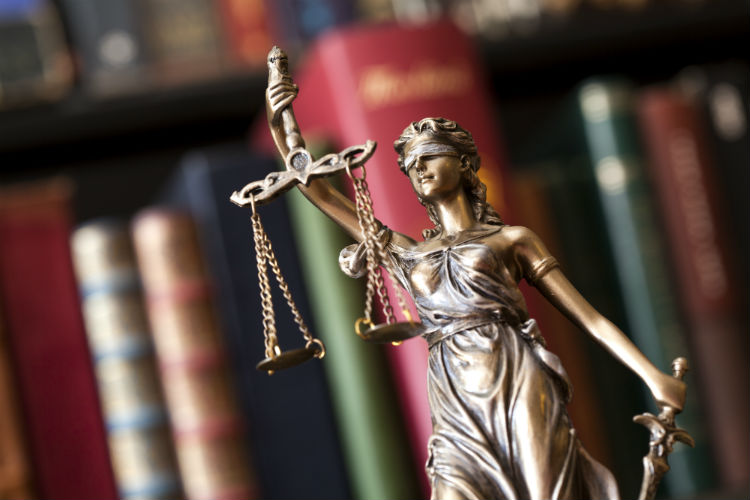 Can you be sued by a hired caregiver who gets hurt while taking care of your loved one? A 2014 California court case highlights the potential legal issues at stake for older adults, their family members and professional in-home caregivers.

When caregiver Carolyn Gregory went to work in the home of Bernard and Lorraine Cott, she didn’t realize her occupation could potentially jeopardize her health. However, as far as the state of California was concerned, Gregory’s line of work put her in the same occupational hazard category as firemen, police officers, life guards and veterinarians.

Gregory was hired through a home care agency to provide care for 85-year-old Lorraine Cott, who has Alzheimer’s disease. During a 2008 struggle with Mrs. Cott, Gregory’s wrist was sliced by a kitchen knife. As a result of the injury, she has since lost feeling in several of her fingers and experiences ongoing pain.

Gregory took the Cotts to court over her injury but learned a serious lesson about her legal employment status. The California Supreme Court ruled that she couldn’t collect any damages beyond the workers’ compensation insurance that covered the home care agency she worked for.

Most of the judges on the Court decided to accept legal arguments from lawyers representing Bernard and Lorraine Cott. They were fighting to prevent Gregory from collecting damages in what personal injury and workers’ compensation lawyers call “a third party claim” that allows the injured person to recover more than the limited amount paid by workers’ comp insurance.

Mr. and Mrs. Cott were the “third parties” to the employment relationship between Gregory and her home health care agency. The Cotts’ successful defense was that their caregiver knew what she was getting into, just as firemen, police, veterinarians and life guards understand that they are risking serious injury or even death while on the job. These workers take responsibility for the risk of injury or death when they go to work every day.

Mr. Cott had told Gregory that his wife Lorraine “was combative and would bite, kick, scratch and flail.” Gregory’s duties “included supervising, bathing, dressing, and transporting Lorraine, as well as some housekeeping.”

Mr. Cott was not at home on the day that Gregory was washing a large knife in the kitchen sink. Quoting from the Supreme Court’s decision, “Lorraine approached her from behind, bumped into her, and reached toward the sink.” When Gregory then tried “to restrain Lorraine, she dropped the knife, which struck her wrist.”

Why the Cotts Weren’t Found Liable

Honest and open communication between caregiver and client carried the day for the Cotts. Gregory claimed that “she was not specifically warned that Lorraine might approach her from behind while she was washing dishes.”

While it’s true that defendants who misrepresent or hide a hazardous condition are subject to liability, there was no claim of deception by Mr. Cott. Gregory conceded “that he informed her of Lorraine’s combative tendencies.” Therefore, the Court concluded there is no way the family of an Alzheimer’s patient “can reasonably be required to anticipate every variation of circumstance in which a disclosed risk might develop.”

Gregory also claimed that home health care workers should not be required to assume they are at risk for this type of injury because “the home environment lacks the specialized equipment and trained health care professionals found in institutions.”

But the judges were not persuaded that she was any different from health care workers who are employed by institutions like assisted living facilities and skilled nursing facilities. “Caregivers are hired to protect the patients from harming themselves or others. If a patient injures a caregiver by engaging in the combative behavior symptomatic of Alzheimer’s disease, the particular risk of harm that caused the injury was among the very risks the caregiver was hired to prevent.”

The judges acknowledged that Gregory was not a doctor or a nurse but also pointed out that it is her occupation to care for seniors with Alzheimer’s disease. They concluded, “We do not hold that anyone who helps with such patients assumes the risk of injury. The rule we adopt is limited to professional home health care workers who are trained and employed by an agency.”

Lessons and Implications for Families Who Hire Professional Caregivers

But what happens if a hired caregiver incurs a serious injury and no insurance covers the worker? Without that coverage, the results could be even more devastating for both the caregiver and the family.

This case also raises awareness for home health care agencies, because the quality of training they provide to their workers is heavily scrutinized when accidents and injuries occur. One judge disagreed with how this California case ended because he believed that Gregory should have been given her day in court to prove that the home health agency didn’t train her adequately. “Her training consisted of watching a video and visiting a nursing home with Alzheimer’s patients,” Justice Rubin explains in his dissenting opinion. “She had never worked in a nursing home or hospital. She did not have certification as a nurse or nurse’s aide, and, having worked only in single-family homes, had never worked under the direct supervision of a registered nurse or health care professional. The lack of supervision from a registered nurse or medical professional continued while she worked for the Cotts.”

This lone dissenting judge pointed out that in most other states, the assumption of risk rule “is limited to professional home health care workers who are trained and employed by an agency.” If families who hire home care workers “must establish that a home health caregiver received adequate training before primary assumption of risk is triggered,” then in this case Gregory should have been able to take her case to a jury.

Another judge on the Court who agreed that Gregory had assumed the risk of injury still wondered how “low-paid home health care workers [can] receive adequate protection” from serious injuries. It’s “likely that some home caregivers will face workplace hazards without adequate compensation,” posited Justice Liu.

He pointed out that home care workers don’t have the same bargaining power as police officers or firefighters. When employers in other occupations shift the risk of injury onto the shoulders of workers, they often end up “raising the wages or increasing benefits such as insurance. But that is not going to happen in home care, because of the “neediness and limited bargaining power of these workers.”

In the end, the California Supreme Court judges said they had to protect the families who are trying to take care of loved ones at home. “If liability were imposed for caregiver injuries in private homes, but not in hospitals or nursing homes, the incentive for families to institutionalize Alzheimer’s sufferers would increase.”

While specific laws vary between states, this case highlights the importance of taking legal precautions when hiring in-home caregivers. Home care agencies like the one the Cotts used are typically licensed, bonded and insured and offer workers’ compensation insurance for their caregivers. Agencies should also provide their employees with thorough training and continuing education courses. When a family hires an independent caregiver who is not affiliated with an agency, they are responsible for covering all these bases. Without the proper protections in place, families put themselves at serious legal and financial risk.

J
EXPERT John L. Roberts Law Office of John L. Roberts
About John L. Roberts
John L. Roberts, J.D., is an Elder Law Attorney serving clients in Hampden County, MA. After practicing for 15 years, he confronted the challenges of family caregiving when his own father developed dementia. The experience transformed his practice, enabling him to help clients who are family caregivers from a place of true understanding.
Home Care
Be the first to comment
Related Articles