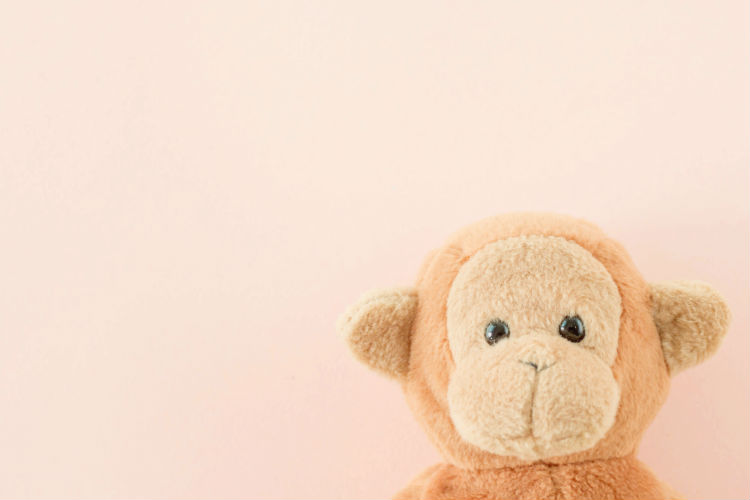 When I was young, adults used to say the stupidest things. My favorite? “You’ve got a monkey on your back, young lady.” Small children would glance nervously behind them, and the older ones would deny it, getting crosser and less cooperative by the minute. I thought it was ridiculous.

I’ve been struggling over the past couple of weeks with Mum. After all these years, monkeys have come to mind again. Lately, she’s been constantly exhausted, grumpy and verbally aggressive. Then there’s the relentless negativity—describing everything and everyone as “boring.”

I’ve been doing my very best to try and separate Mum from her Alzheimer’s disease, but it’s hard not taking the slights and the sullenness personally. I’ve been wondering what it’s all about. Maybe this is what I’ve been dreading—a sudden, rapid deterioration in Mum’s condition.

On Friday afternoon, I pop round to the rest home and Bev, the nurse takes me aside. She’s worried about Mum and so are the care staff. Every day for more than a week now, it’s been almost impossible to get Mum going. She refuses breakfast and lies in bed all morning, declining numerous offers of help. At lunchtime, she drags herself out of bed and then retreats to her room as soon as it’s over. Straight back to the horizontal.

Bev and I agree that these behaviors aren’t unusual. As Mum’s Alzheimer’s has progressed, her mood, energy and initiative have been increasingly affected. Mum has good and bad times—sometimes for an hour or so, sometimes for a whole day. But the ongoing pattern of passivity, negativity and hostile outbursts? That’s definitely new.

Bev has a couple of theories. Maybe Mum’s medication regime is knocking her out. Maybe her anti-psychotic and sleeping pills are no longer working. Or maybe it's what we both fear: a significant step in the process of cognitive decline.

“I’ll talk to the doctor,” says Bev, “and suggest that he cuts back the sleeping meds and reviews the rest.” Bev phones the following afternoon and tells me the doctor has taken Mum off almost all her medication.

The next day, Mum’s a different person. She is up and dressed before the staff have knocked on the door offering to shower her. She happily greets me when I breeze in after lunch. She is perched on her bed reading a magazine, dressed and ready for a trip out. Her room looks different, too. “I had a bit of a sort out,” Mum states. Her Peggy squares and books are in neat piles, and her photos and ornaments have been dusted and rearranged.

Mum and I spend a sunny afternoon exploring Ascot Street, one of the oldest roads in Wellington and possibly the steepest as well. We peer over picket fences, admiring late-blooming roses and japonica trees festooned with pear-like fruit. We rest on the seat where the road narrows from a tiny one-way street to an even smaller brick-edged path. We wander into shops, poring over fancy secondhand shoes and handbags.

“Where are you from?” asks the chatty shop assistant. “Wellington,” Mum replies. “I’ve lived in Wellington my entire life.” Apparently fifty-two years of rural living have been temporarily wiped from my mother’s memory, but she’s happy and mentally energetic.

While searching for a tea shop, we happen upon a cozy pub, where we plonk ourselves down in the courtyard. We order tea and sit, soaking up the late afternoon sun. “I’ve had such a lovely afternoon,” says Mum. “Not just lovely, but interesting too. I’ve spent years walking round Thorndon, but I’ve never been up that street.”

For now, Mum’s monkey is gone.

Dementia Behaviors Medications
Be the first to comment
Related Articles