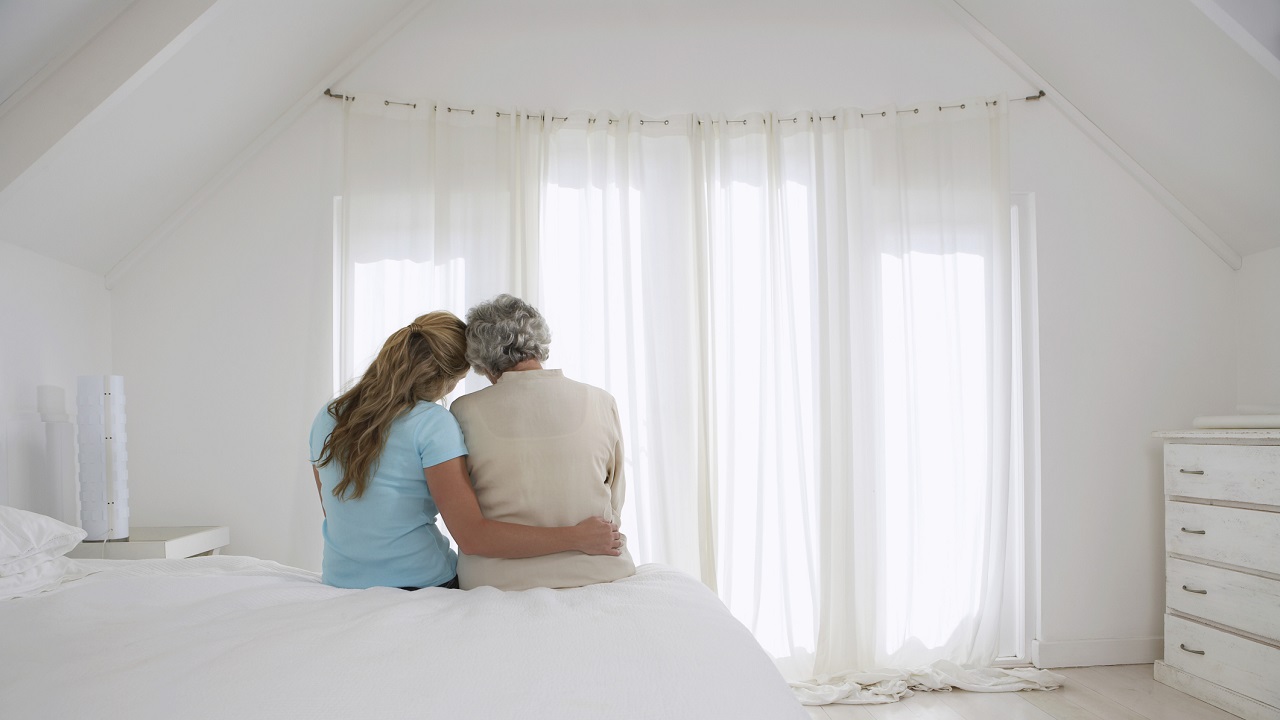 I remember the exact stomach-lurching moment when I realized there was something seriously wrong with my mother’s memory.

I was sitting on my sofa on a warm summer evening and talking to my friend Carla, who was visiting from my hometown.

We were laughing about how happy my parents were, living out their twilight years in rural bliss. We agreed that both of us wanted a retirement like theirs.

Then Carla said she had noticed Mum was getting quite forgetful. It wasn’t the usual temporary brain fade that sometimes comes with age. It was more like weird black holes in her memory.

There were conversations and events that my mother had been fully involved in, yet soon afterwards, she had no recollection of them. Absolutely none. Even when she was reminded. These weren’t one-off incidents, either. They were happening more and more.

After a few months, things worsened and the investigations began. I tried to persuade Mum that she needed some tests done because her memory wasn’t so good. Maybe it wasn’t the dreaded “D word,” I told her. Maybe it was something else.

“It would be good to rule stuff out,” I’d urge. Perhaps something could be done.

But Mum wasn’t having it. “It’s just stress,” she’d say. “I really think people underestimate the effect of stress.” Then she would tell me I was stressing her out even more with my pestering.

Things started going wrong more often. There were tearful arguments and stormings out, endless confusion with visitors and tradespeople, and embarrassing muck-ups with all kinds of plans and arrangements. Mum was adamant—it was just stress.

Several years later, when I finally negotiated a psychogeriatric assessment, the specialist took me aside and said Mum probably had Alzheimer’s disease. When Mum joined us, he didn’t share the diagnosis with her. Instead, he completely fudged the issue. I was furious.

After that, Mum took things into her own hands. She told me in no uncertain terms that if there were to be any further assessments, she didn’t want to know the results. Once again, she was obstinate. So, I stopped trying to talk about what was happening to her and focused on future plans instead.

Around and around we went. Mum was happy to entertain all sorts of possibilities as long as they stayed at a safe distance. Whenever we got to the point where any kind of commitment was required, she baulked. But I couldn’t stop myself from trying. Before long, I became the enemy.

The turning point came during a discussion with Robyn, Mum’s social worker. It was pretty exasperating—even Robyn seemed reluctant to admit that I was right and Mum was wrong. Then Robyn asked me a critical question: What is more important, being right or being kind? Telling the truth, or trying to understand things from Mum’s point of view?

Part of Mum’s condition is that she is unable to have insight into her condition. I knew that. I had read countless books and articles about dementia, but it was not until that moment that I realized I’d been having my own problems with insight. I was treating my intelligent, articulate and verbally fluent mother as though she was mentally unaffected. I was arguing with her, correcting her and constantly explaining things as though, by sheer force of will, I could make her acknowledge what was going on and plan for the future.

The irony was that dementia had already robbed her of that capacity.

This phenomenon is called anosognosia (a lack of insight or awareness), and it can be a serious challenge to deal with as a caregiver for someone with Alzheimer’s or another type of dementia. Family members and caregivers must keep in mind that their afflicted loved ones are neurologically incapable of acknowledging their mental deficit and underlying illness, regardless of logical explanations or clear evidence of such.

Deep down, I had understood this new characteristic of our relationship, but I had failed to truly see it and alter my own behavior. Perhaps, like many dementia caregivers before me, I had mistaken Mum’s resistance for stubbornness and denial.

Even more troubling, this ongoing delusion can prevent patients from receiving proper care and treatment. It is crucial for caregivers to try their best to empathize and partner with their loved ones in order to get them to accept medication, home care or other treatments with as little tension and confusion as possible. As a dementia patient’s self-awareness declines, we must be diligent about monitoring our own words, actions and motivations. We may still have all our faculties, but we are not immune to denial and exasperation.

It can be terribly frustrating, but the very last thing a family member or caregiver wants is to become their loved one’s enemy during the progression of this horrible illness.