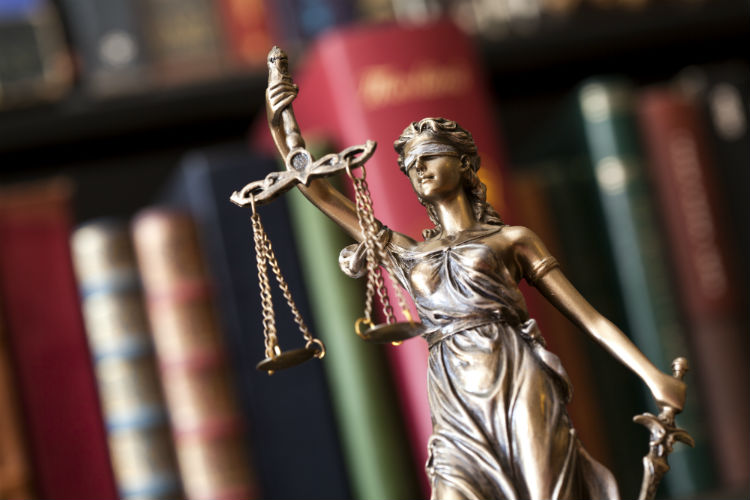 Frank was 69 and Marilyn was 61 when they decided to move in together, in 1984. Frank's wife had died the year before, while Marilyn's husband had died many years earlier.

They lived happily together for 25 years, and shared almost everything. Frank and Marilyn had many get-togethers with their children and grandchildren. But they mostly kept their finances separate.

Early in 2008, Frank's doctor diagnosed him with dementia. By the end of the year, Frank became incontinent and was unable to perform routine daily tasks. The story unfolds below, as recounted in the words of the California Court of Appeals Judges who read through lengthy court documents and a trial transcript, and then wrote a 40-page decision.

A Caregiver Accepts Her New Role

Marilyn was taking care of Frank round-the-clock; dressing, bathing, and feeding him. Even after Frank became physically and verbally abusive, Marilyn continued as his sole caretaker, saying she didn't mind because she "loved him and because he needed me, and I needed him even as he was. I was happy to be with him."

After one year of caregiving, though, Marilyn had a stroke that left her with a mild speech impediment and difficulty swallowing. She and Frank's children agreed that she couldn't continue to care for Frank at home, so they selected a care facility for him that specialized in dementia patients.

Marilyn visited Frank every day, sitting with him in the common room. Helen Patsiouras, the facility director, remembered how they were always holding each other "very close" and that Frank would "light up" when Marilyn was there.

Marilyn also took Frank out of the facility every day for several hours to visit Balboa Park, the beach and other outdoor spots.

Patsiouras vividly remembered how Frank "loved" those outdoor trips, and that "he beamed" and "was so appreciative." Sometimes Frank would not recognize Marilyn, but he would say: "I know her. I love her."

Family Relationships Take a Turn for the Worse

Late in 2009, Frank's daughter, Catherine, obtained letters from two doctors that certified Frank's incapacity. Catherine then took over the management of Frank's finances under the authority that Frank had given her in a Power of Attorney (POA), and as successor Trustee of a trust that Frank had set up.

Catherine discovered that Frank had transferred a $100,000 Schwab investment account to Marilyn. Marilyn also told Catherine how Frank had decided several years earlier to make Marilyn the beneficiary of a Bank CD account, and that she was using the interest to fund a joint bank account she had with Frank.

Catherine shut down the joint bank accounts and credit cards, and told the care facility to stop allowing Marilyn to visit her father.

After facility director Patsiouras said she wouldn't prevent Frank from visiting with Marilyn, Catherine moved her father out of the facility and tried to take care of him in her home. That lasted for five weeks, until Catherine couldn't handle the care. Frank was then launched on a series of unsuccessful placements including involuntary transfer to a psychiatric hospital ward, and another Alzheimer's facility.

During the months when Frank was being moved around to different facilities, Marilyn tried to contact Catherine. Marilyn left notes at Catherine's home telling her that she was "heartbroken;" "needed to see him;" "wanted to see him;" "was concerned for him;" was "desperate to see him;" and "was lost . . . without him." Marilyn left clothing and mementos that she thought Frank might enjoy, but Catherine "put a block on her phone" and never responded.

As the children's court case confronted Marilyn, Frank died in a hospital in June 2010 at age 94. Catherine decided not to tell Marilyn about Frank's funeral. Marilyn never knew there was a funeral for Frank until one of her neighbors told her, weeks later.

Hoping to fend off the fraud and abuse accusations against her, Marilyn's defense attorneys filed a counterclaim in court against Catherine and her siblings: intentional infliction of emotional distress.

Frank's children had alleged Marilyn took $800,000 from their father, but by the end of the trial, their attorney admitted that Marilyn received only $100,000 of their father's money. During his closing argument, the childrens' counsel focused on the $100,000 that Frank did transfer from the Schwab account, arguing that Marilyn "used undue influence to obtain the $100,000 from Frank. That's it. That's the whole case."

Therefore, he argued, the children couldn't be liable for intentional infliction of emotional distress because they were "trying to protect Frank" and "concerned about what would happen if Marilyn . . . was allowed to take Frank out of the facility, potentially to a bank, or even see him and give him other documents to sign. So were they acting to protect Frank? Yeah. And in a way, they were working to protect themselves. . . ."

As for the series of unsuccessful placements that Frank was moved to after Catherine removed him from the Alzheimer's care center, the childrens' attorney pointed out that Catherine had "authority to determine who her father could see, what facilities he was being kept in. [The power of attorney form] says right there in black and white. This is almost like Frank made the decision himself. That is the whole purpose of the power of attorney." In the attorney's words, Catherine "believed the father was being stolen from. She believed his memory was being dishonored."

But Marilyn's attorney countered that Catherine "was in control of everything" when she took over under POA, and there was no way that Marilyn had any access to his financial affairs. Marilyn had cooperated completely with Catherine, when Catherine closed out the joint bank accounts.

By the end of the trial, the childrens' attorney was trying to convince the jury not to think ill of Catherine's conduct with the POA. "And thus, was her conduct outrageous? No. No it wasn't. She was protecting her father and protecting her family and protecting herself. And you actually don't need to go any further than that."

But the jury did go further. They answered "yes" to questions of whether Catherine's behavior harmed Marilyn:

Marilyn had won her counter claim, and the jury rejected all the financial abuse claims brought by Frank's children!

The jury awarded Marilyn damages totaling $323,700. In December 2014, a California Court of Appeal upheld the verdict for Marilyn. The Judges explained how Frank's children:

"Knew that Marilyn, who was in her 80's and had recently suffered a stroke, was emotionally dependent on her caretaking role for Frank and had been his sole caretaker for a lengthy period. They were also aware that Marilyn had no legal or practical ability to interfere with Frank's finances because Catherine had taken over as successor trustee and all of the financial institutions had been notified of this fact. The evidence also shows that Marilyn communicated to Catherine that she had become emotionally devastated by her inability to see and care for Frank. Further, the sisters' conduct was not a momentary lapse, and instead was the product of deliberation and discussion that continued over a nine-month period (from the time the sisters refused to disclose Frank's whereabouts through the time of Frank's funeral).

Viewing this evidence in the light most favorable to Marilyn, the record supports that the sisters made the decision to preclude Marilyn from seeing their father and from attending the funeral to punish her for her actions that reduced the value of their inheritance, and that they were fully aware of the devastating impact the physical separation had on Marilyn. A reasonable person could find this conduct exceeded the bounds of conduct expected in a civilized society."

Courts cannot "intervene where some one's feelings are hurt" by other people who simply "express an unflattering opinion." The judges pointed out how we all need a "safety valve" so "irascible tempers may blow off relatively harmless steam."

But they recognized how Marilyn was "highly vulnerable" and the children "deprived Frank of . . . critical love and support in his final days."

The Appeals Court decided that Catherine's role as trustee and attorney-in-fact did not give her the privilege to treat Marilyn as she had. The Court concluded that Marilyn's "compelling testimony about her devastated condition in not being able to care for Frank in the last months of his life and her humiliation and pain in not being able to say goodbye at his funeral" justified the surprising verdict against Catherine.

J
EXPERT John L. Roberts Law Office of John L. Roberts
About John L. Roberts
John L. Roberts, J.D., is an Elder Law Attorney serving clients in Hampden County, MA. After practicing for 15 years, he confronted the challenges of family caregiving when his own father developed dementia. The experience transformed his practice, enabling him to help clients who are family caregivers from a place of true understanding.
Caregiving Relationships
Read 53 Comments
Related Articles