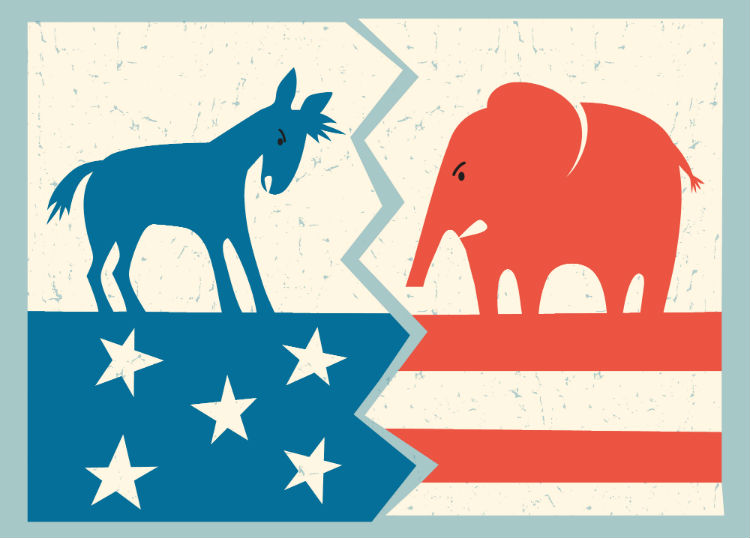 Keeping up with the dizzying twists and turns of the 2016 primary season is enough to give any voter whiplash. Regardless of where you fall on the political spectrum, though, it is important to understand where the candidates stand on the issues that matter most, including health care. This issue affects every American, but any changes will have a significant impact on family caregivers, seniors and those nearing the retirement age.

In March 2016, AgingCare.com conducted a survey asking caregivers about their candidate preference based on their plans for the American health care system. Of more than 1,500 caregivers, just over one-third (34 percent) of respondents favor Hillary Clinton’s proposed health care policies. Donald Trump trailed in second place (26 percent) and Bernie Sanders came through as a close third (24 percent).

At stake in the 2016 presidential election are the future of the Affordable Care Act, changes to Medicare and Social Security benefits, competing proposals for lowering the cost of prescription drugs, and the potential sale of health insurance across state lines.

Over 42 percent of respondents feel that addressing the mounting costs of health care should be a top priority for the winner of the 2016 election, and just over 35 percent are concerned about the future of Medicare.

Furthermore, there is a considerable divide amongst caregivers regarding the fate of the Affordable Care Act. Just under one-third (32 percent) of participants feel that the ACA should be continued or improved, and 28 percent believe that the next president should focus on repealing the ACA altogether. Improving care for United States veterans (24 percent) and creating programs for more affordable prescription drugs (22 percent) are also important to respondents.

Participants were able to write comments expanding upon their answers and reasoning, and an overwhelming number provided this additional insight. Many specified that universal or single-payer health care was a large concern and should have been included on the list of issues. Below are a few other comments made by survey respondents:

“Allow people to choose what they want in a healthcare plan. Don't force them to accept things they don't want or need. Allow young people to purchase low price plans that cover major injuries or illness only. Let people choose what plan is best for them, not the government.” –rnmom33

“Keep funding Medicaid programs. Many of our seniors are living in poverty—more than you would ever think. They are too proud to ask for assistance and are going without food or medicine to pay their bills. If those programs are cut, including Social Security, our nation will be in a humanitarian situation like we have not seen before. Also something should be done to regulate drug costs which are out of control for such things as diabetes.” –Anonymous

“There should be a focus on caregiving issues. We provide billions of dollars in unpaid care, yet caregiving is never mentioned by candidates. At least Bernie Sanders has a record of speaking on it, but Hillary Clinton is so fixated on the ‘youth vote’ that she ignores us. I do not see any GOP candidate that cares about the elderly in a meaningful way, nor do I believe tax credits are helpful for anyone taking care of someone with dementia or other disabling illnesses.” –Cat

“We need free market competition if costs are to be contained. Too much regulation has resulted in higher costs and less individual choices in doctors, medications, treatments and quality of care.” –Anonymous

“As an oncology social worker, I can say Obamacare has saved lives. Prior to Obamacare, my young patients could not get insured. Cancer meant game over. Now they have a chance. We must keep Medicare, Medicaid and Obamacare, as these three programs are the main ways American citizens receive healthcare. To repeal or diminish any of these is another nail in the casket of the poor, and that is neither American nor Christian. We can do better.” –Anonymous

AgingCare.com has created a tool to assist family caregivers in making sense of these controversial topics. The following objective guide compares each candidate’s stance on key health care issues based on their statements to the press and in debates, as well as public information available on their campaign websites.

While each candidate and American citizen may differ in their opinions of what would be best for this country’s health care system, it is undeniable that something must change. Chronic illnesses, progressive conditions like Alzheimer’s and Parkinson’s, caregiving, and health care costs affect entire families, often over multiple generations. These hardships will only become more prevalent and troublesome as our nation continues to age. Be sure to stay informed and act in support of those measures you believe to be most beneficial to your loved ones and your country.